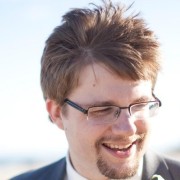 That’s a lot to cover in one post. Basically, I want to talk some about these things together as they relate to my Kohi Game Engine Series on YouTube. In case you’re not aware of it, it’s a series I am hosting where I am building a game engine from the ground up completely in C, using Vulkan as a rendering backend (at least initially). I’ve answered some of what is discussed here on video, but I’ll break this down a bit more in detail here. Disclaimer: Please note that everything contained here is my opinion. If you disagree, that’s fine. I’m not saying you have to agree with me. It’s not a “my way or the highway” situation here. I’m also not going to say I’m an expert on any of this. This is merely an overview of my […]

I’ve been writing code for a long time. In fact, I started when I was 7 with QBASIC on MS-DOS 6.22. That’s nearly 28 years. So, I’ve by extension been typing for a long time, but never the “right” way. I never learned touch-typing. Yep. A programmer who doesn’t touch-type. Madness! Now, for the most part I stopped having to actually look at the keyboard years ago. I use a typing style that’s 5 or 6 fingers and average about 50 words per minute. Not abysmal, but not great either. But it is about the fastest I will be able to get with that “technique”. Accuracy is also absolute rubbish. Therefore, I decided it’s time to change all that by learning to type the proper way. I’ve been at it for 2 days now and am sitting at an abysmal […]

Yep, you read that right. Just 3 videos in and I’ve decided to reboot the series. Quality. Put simply, I was not happy with how the series was going. I felt that I skipped some important things, and that the videos weren’t split up/planned out well enough. So, the series is getting a reboot. The new C series, aptly named Introduction to C, will instead begin with a deep-dive on how computers represent data before jumping into other details like data types and how the compiler works on a high level. I’ll also be recording the bulk of the series on Linux, since the workflow there is far simpler than that in Visual Studio. Rest assured, though, Windows users, there will be a video for you too. I’ll be touching on everything from language basics to some of the things […]

I have decided to do a thing. A big thing. I’m going to make a game completely from scratch. Start to finish. Not only the game logic, but the engine which runs it, as well as the art. Possibly even the music. It’s something I’ve wanted to do for years, and I think I am finally ready to do it. It is going to take a long time, and will be extremely frustrating, but it is time. I do not yet have a full vision for what the end product will be yet, but I do have a lot of inspiration and a general direction. I’m planning on doing several things: Keep a running log of the entire process from start to finish. Some of it may be here, some will likely be in the form of video down the […]

For a long time, I’ve been teetering on the fence on learning Vulkan because of its steep learning curve. Well, earlier this month I finally decided to take the plunge. This is the first in a series of articles discussing my process of learning Vulkan and my progress along the way. NOTE: I’ll be posting links to a lot of resources at the bottom of this article. A Brief History I’ve been programming against OpenGL and its variants since around 2011 or so. In the last couple of years I’ve done a lot of programming against WebGL and more recently I’ve begun experimenting with WebGL2. I also did some DirectX 9, 10 and 11 programming several years ago, but never really went anywhere with it. So, I started this with a familiarity with graphics programming concepts – at least on […]

Why Using Romaji is Bad for your Japanese Health

[…] yourself to fall into the habit of using romaji. Just don’t use it. It’s an evil crutch that only serves to make you feel more […]

[…] so it’s been a bit again since I have updated. Most of the reason behind this is what I stated before, but I also feel that I should come clean about something. As hard as I tried not to, I have broken […]

[…] take a moment and talk about some current events and updates. First off, I should mention that the Links page has been revamped. I’ve added a ton of new resources and reformatted it so that everything is […]